It’s been known since 2005 that Saturn’s 300-mile-wide moon Enceladus has geysers spewing ice and dust out into orbit from deep troughs that rake across its south pole. Now, thanks to the Hubble Space Telescope, we know of another moon with similar jets: Europa, the ever-enigmatic ice-shelled moon of Jupiter. 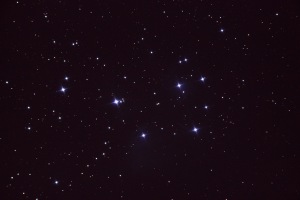 Read why the Higgs Boson

is essential to our

that space is not empty.